As the start date for the border wall looms debates are turning more towards immigration. The left holds their position that there is absolutely nothing wrong with the system. We are perfectly safe, and illegal immigration poses no threat.

As is usually the case, raw numbers and objective fact disagree with their stance. While not at its worst, violence in Mexico is still a clear and present threat to American security, and until the cartels are under control, we need to carefully rethink our position.

The closing of a longstanding local newspaper in Juarez made for big news. The paper had been operating for almost 30 years and survived several drug wars. Recently, a journalist for the paper was murdered. This alone might not have prompted the paper’s closure, but the body was found with a note. It said the reporter was killed “for being a loudmouth,” and it was signed by a top member of the Sinaloa drug cartel.

A mere 10 days later, the paper distributed its final issue. In a time when Americans argue about how Trump is “silencing” the media, Mexico is once again facing extraordinary crime and a literal assault on freedom. The killing that ended the legacy of the El Norte paper was the third time a journalist was murdered in Juarez this March.

The History of Violence

For anyone familiar with recent history in Mexico, this slaying isn’t completely shocking. Instead, it’s a warning sign that things may be returning to the status quo of just a few years ago.

The city of Juarez has a long history of underwhelming policing and organized crime, but things really spiked in 2008. That was when a new cartel rose to prominence in the city and sparked the most recent drug war.

From 2008 to 2012, Juarez was the most dangerous city in the world. Keep in mind that this was during the peak of the U.S. occupation of Iraq. In the worst year, more than 3,700 murders took place within the city limits. Crime wasn’t limited to murder as Juarez was the location of roughly a quarter of all car theft in the entire country each of those years.

After 2012, the worst of the violence receded under the joint efforts of military and police to curb crime. That led to 2015 being the most peaceful year in a decade. In that peaceful year, Juarez had a murder rate more than four times as high as anywhere in the U.S.

After so much progress, 2016 became the city’s deadliest year since 2012. Hundreds of additional homicides took place throughout the year, and all signs are suggesting that a brand new drug war is just beginning. Tensions are rising, and the military has once again been deployed to try and keep the peace.

The last time that happened, in 2008, it signaled the beginning of a long and brutal struggle. Despite the escalations in police presence, cartels are making public statements of their intent to renew violence. A top hitman even took an interview with a newspaper to warn the city that the violence of 2016 was only the beginning.

Spilling Across the Border

Here’s a quick geography lesson. Juarez shares the U.S. – Mexico border with the Texas city of El Paso. Here’s an impressive statistic: while Juarez was the most dangerous city in the world, a chain-link fence separated it from one of the safest. Very little violence spilled across the border during the peak violence years.

That might seem like a good argument for leaving the border as it is, but there’s a less obvious statistic to consider. While most of the violence stayed in Mexico, Americans did die on American soil during the conflict. Some estimates report that 80 percent of murders in El Paso from 2008 to 2012 were tied to the cartel wars. The fact that El Paso didn’t see worse is not a testament to effective border security; it is an impressive display of how peaceful the city really is.

All of this circles back to politics. It is embarrassingly easy to illegally cross our borders. As violence surges mere steps away from American soil, we have to make a decision. Will we trust the peacefulness and lack of gangs in El Paso to keep our citizens safe, or will we offer them deliberate protection in the face of some of the most atrocious violence the world has ever known?

One thing is certain. Trump is right about the borders. They are not safe, and if we leave things as they are, we are inviting the cartels to abuse our negligence. 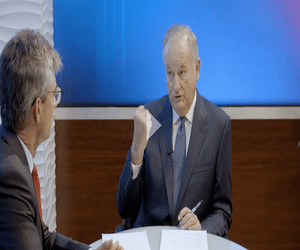 Is there anything more tiresome than trying to argue with a liberal online these days? If you disagree with them on anything, they immediately fall back on calling you a racist or “Hitler.” For the past four years, we’ve been subjected to constant comparisons between the most prosperous, non-war-starting presidency that we’ve had in decades … END_OF_DOCUMENT_TOKEN_TO_BE_REPLACED

Here’s a nice meme of a doormat that is probably selling like hotcakes this year (if it’s real… which it probably is). Who else is thankful that we live in America where we can still push back against this garbage? We’ve lost track of the amount of states where the governors seem to think that … END_OF_DOCUMENT_TOKEN_TO_BE_REPLACED

The meme world is throwing just as much shade at Fox News these days as the real world. Wow! The formerly conservative-friendly outlet has turned into the Charlie Sheen of cable news networks. We keep expecting to see a shirtless Neil Cavuto on the balcony any day now yelling, “Tiger blooood!” Get a load of … END_OF_DOCUMENT_TOKEN_TO_BE_REPLACED

Here’s another one of those fun “Force the SJW to connect to the dots” memes. Coronavirus has been a pretty obvious target in these memes for the past several months. But now that we’re headed into another flu season, this one is making a splash. There was a hysterical headline in the news a couple … END_OF_DOCUMENT_TOKEN_TO_BE_REPLACED

Unbridled laughter is just about the only way an adult can respond to the TV morons and Democrats in Congress who keep claiming there’s “no evidence” of election fraud. The meme sums up the sentiment perfectly. The Democrats are the party that just spent the year punching cops and little old ladies in MAGA hats. … END_OF_DOCUMENT_TOKEN_TO_BE_REPLACED

Is there an award out there for turning your entire house into a meme? If there isn’t one, there should be – because this California homeowner would definitely be in the running for it. Fresh off of dining at the “French Laundry” restaurant in Napa Valley (one of the most expensive gourmet restaurants in the … END_OF_DOCUMENT_TOKEN_TO_BE_REPLACED

Full credit to Turning Point Action and Students for Trump for putting this meme together. Here’s a list of mythical creations for your consideration — except for the unicorns. The staff here at the Facts Not Memes mobile headquarters is 50/50 on whether unicorns might actually be real. But Bigfoot, fairies and the “Office of … END_OF_DOCUMENT_TOKEN_TO_BE_REPLACED

Gee, that’s not fishy at all! The company Dominion Voting Systems, which is now being accused of flipping Donald Trump’s landslide reelection victory to Joe Biden, has pretty much gone into hiding. Dominion executives were supposed to testify before the Pennsylvania House of Representatives a few days ago. Instead, they bailed on the hearing at … END_OF_DOCUMENT_TOKEN_TO_BE_REPLACED

Are we ever going to be done with the Jeffrey Epstein memes? Honestly…probably not. In all likelihood, Jeffrey Epstein’s “suicide” is going to remain one of the great “unsolved mysteries” in America for years to come. Outside of one of Hillary Clinton’s assassins admitting to it in his deathbed memoirs, we’re never even going to … END_OF_DOCUMENT_TOKEN_TO_BE_REPLACED